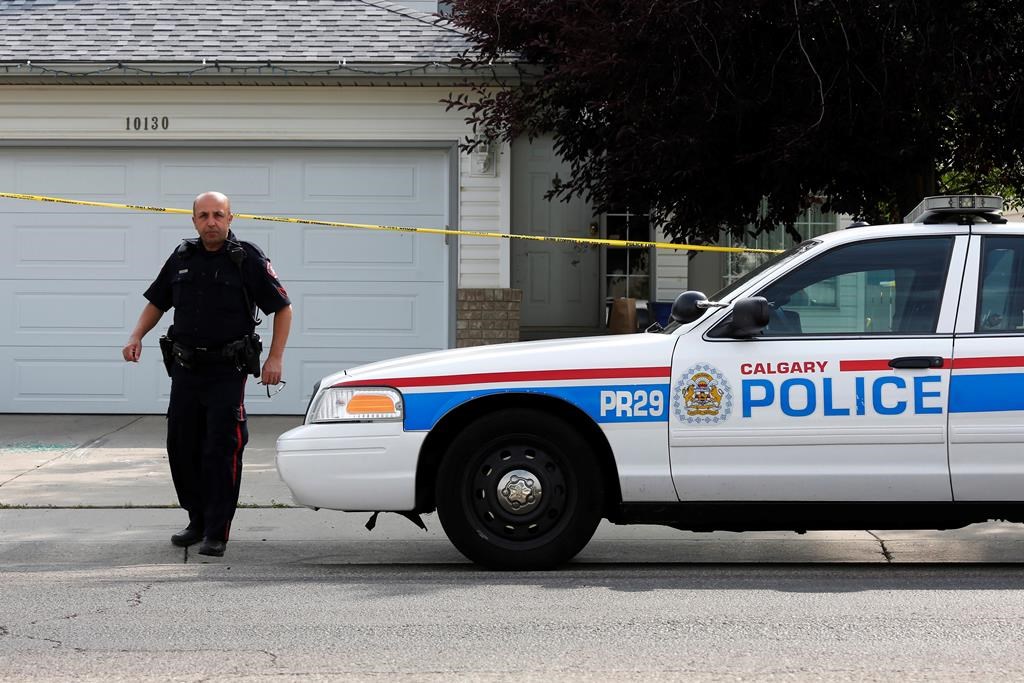 Calgary police have a suspect in custody after finding three people dead at two different homes across the city.

Police were called at about 11 a.m. Tuesday to check the homes in the city’s southeast and northwest.

They found a woman dead at the first home in the 2000 block of Applevillage Court S.E.

Another woman and a man were found dead at the residence in the 10100 block of Hidden Valley Drive N.W.

Police say the deaths appear to be related, but Staff Sgt. Peter Duchnij told reporters at a news conference Tuesday that he didn’t know if any of the people knew each other.

“We’re literally about four or five hours into this call right now — it’s really preliminary,” Duchnij said. “So we’ve got all these units that are coming together and trying to find out those pieces right now.”

Police said they are not looking for other suspects at this time.

Duchnij said officers went to the Applevillage Court home first, based on a 911 call. Information soon led them to believe there was a second scene, he said.

He said the suspect was arrested at one of the homes, but he didn’t know which one, or if the suspect had a weapon.

He also didn’t know whether police believe if it’s a domestic case.