New oilsands exploration tech leaves forest intact, to the relief of the caribou 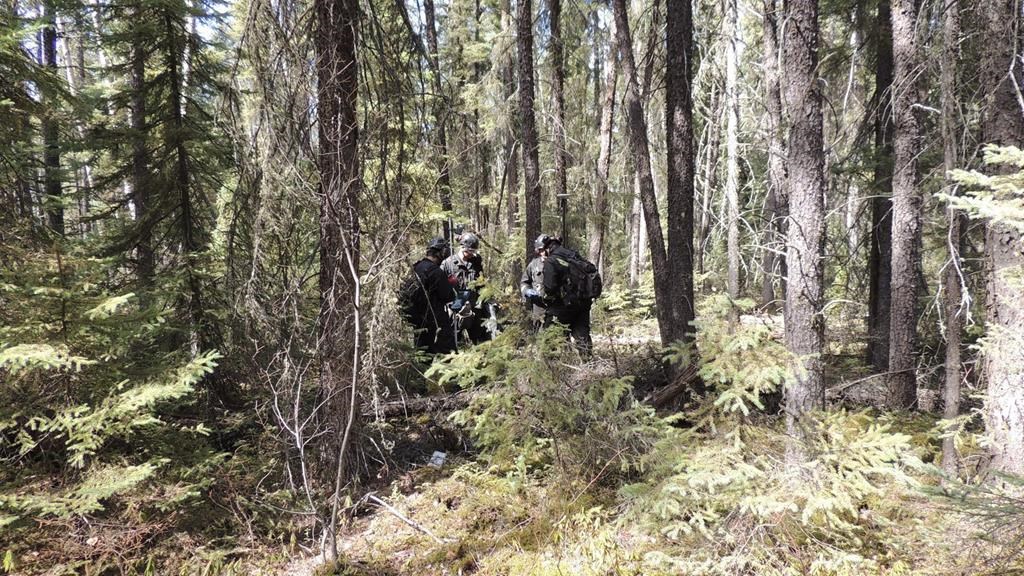 CALGARY — One of the most destructive ecological impacts of oil and gas exploration happens long before a litre of oil flows into a pipeline or a single atom of carbon enters the atmosphere.

Seismic surveying — the exploration activity that helps identify where to drill — can result in as much as 15 per cent of the forest being chopped down and mulched.

But a new kind of seismic survey promises to leave only boot prints in the forest. And that’s good news for species such as the threatened woodland caribou that live alongside the oilsands industry in northern Alberta.

“We can do it, it works. We don’t have to cut the forest down anymore,” said Allan Chatenay, co-owner of Explor Geophysical Ltd. and inventor of its PinPoint technology.

The Calgary-based company worked with oilsands giant Suncor Energy Inc. over the past winter to see how the technology stacks up in comparison with traditional seismic techniques on one of its unexplored oilsands leases.

The next step will be a commercial-scale trial aimed at proving it can compete on cost as well as effectiveness.

Put simply, seismic surveying involves creating sound waves in the earth that bounce off rocky formations hundreds of metres underground and then are recorded by sensors on the surface for analysis.

Traditionally, surveys were conducted using truck-mounted drilling gear, heavy sensors and explosive devices weighing several kilograms each. Straight, six- to eight-metre-wide seismic lines were chopped through the forest on rectangular grids to permit access and ensure the equipment was positioned to achieve the best results.

The current standard, called low-impact seismic, cuts lines that are about three metres wide, often in a zig-zag pattern on the assumption that it prevents predators from being able to see their prey from a distance.

PinPoint takes the technology one step further by scaling down the size of the sensors and charges so they can be carried into the forest by people on foot. By greatly increasing the number of lower powered seismic events and their recordings, and processing them using detailed GPS readings and exact timing, Chatenay says the survey results are just as detailed as traditional seismic.

Finding new ways to acquire seismic data fits in with goals by the industry, regulators and the Indigenous community to support caribou conservation, said Christine Daly, a senior technology adviser for land reclamation at Suncor.

“Any fragmentation of the boreal forest has an impact on the animals in that ecosystem, including boreal woodland caribou, which are a threatened species,” she said.

“We realized one of the root causes of the impact from our industry are these seismic lines, so completely removing them is a huge step in opening more responsible development and caribou conservation.”

Only about 25 per cent of caribou ranges in the oilsands area are considered undisturbed, said Simon Dyer, deputy executive director of the Pembina Institute environmental think-tank.

That’s well below the 65 per cent undisturbed ratio required to allow threatened caribou populations be self-sustaining, according to a 2012 federal government Species at Risk Act recovery strategy report.

“A big contributor to that fragmentation and loss of habitat is the seismic footprint so any technologies that can prevent additional losses of habitat are obviously welcome,” he said.

“Slowing the rate of loss of habitat is not good enough …. Any responsible company should be proposing a plan that has a net improvement in caribou habitat, not just a reduced impact.”

The PinPoint technology requires more labour than other form of seismic so it costs more, Chatenay said, without being specific.

On the other hand, he said, it saves users the cost of having to later replant and remediate seismic lines and may help companies fall in line with future environmental regulation.

Suncor is looking at several technologies to reduce the impact of its seismic surveys and it will likely be years before any can be implemented on a commercial scale, said Gary Bunio, general manager of oilsands strategy technology development.

He said the cost is important to consider but it’s not the only issue — Suncor could decide on a more expensive option if it provides a solution that is effective and is endorsed by community stakeholders and regulators.