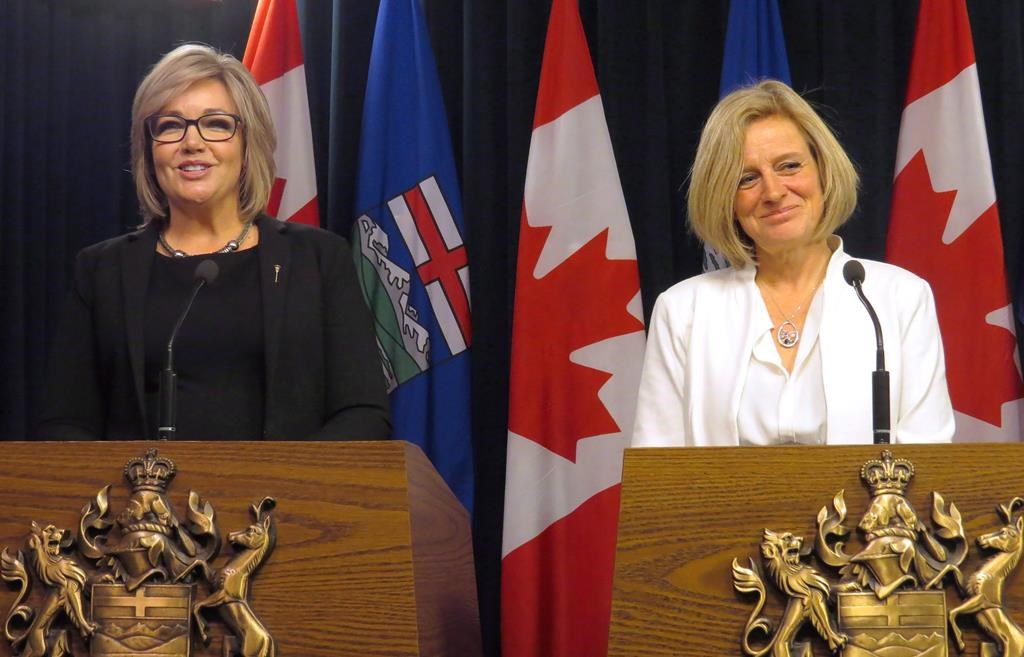 MEDICINE HAT, Alta. — Premier Rachel Notley says it’s hypocritical for Alberta’s United Conservatives to encourage more women to enter politics but then take aim at a woman who left their movement due to what she said was abuse.

In late 2016, Sandra Jansen quit the Progressive Conservatives, who would morph into the United Conservatives by merging with what was the Opposition Wildrose party.

She said the harassment and abuse from supporters of current United Conservative leader Jason Kenney had become intolerable.

Jansen, the legislature member for Calgary North West, later crossed the floor to join the NDP and is now infrastructure minister.

Laureen Harper told a crowd in Edmonton on Tuesday that her husband has told her he will be going door to door to ensure the UCP wins the Calgary North West constituency.

Notley says driving Jansen out of the conservative movement in such an ugly, public fashion set back the cause of women in public life for years.