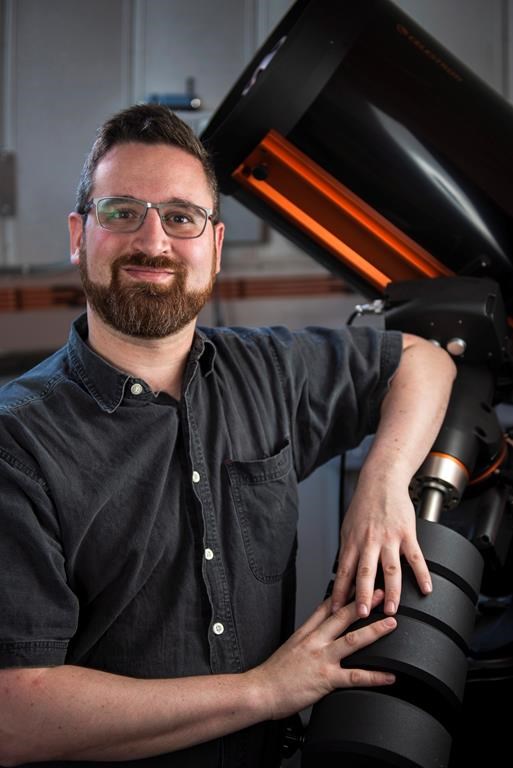 EDMONTON — Canadian scientists are part of an international team that has for the first time tracked a tiny, high-energy twist of matter to its source in deep space.

University of Alberta astronomer Greg Sivakoff says tracing a single neutrino to a black hole four billion light-years distant will give researchers a whole new way to probe the universe’s most exotic secrets.

He says it’s the equivalent of developing a sixth sense.

The discovery came when a minuscule flash of light was detected in IceCube, a neutrino detector in Antarctica made from a cubic kilometre of solid ice.

Using observations from astronomers around the world, the scientists tracked the particle back to a black hole in the centre of blazar, a type of galaxy with a supermassive black hole at its heart.

Sivakoff says linking the particle to its source will allow astronomers to study the stars using a completely new type of energy.

Note to readers: This is a corrected story. An earlier version said Sivakoff’s first name was David.