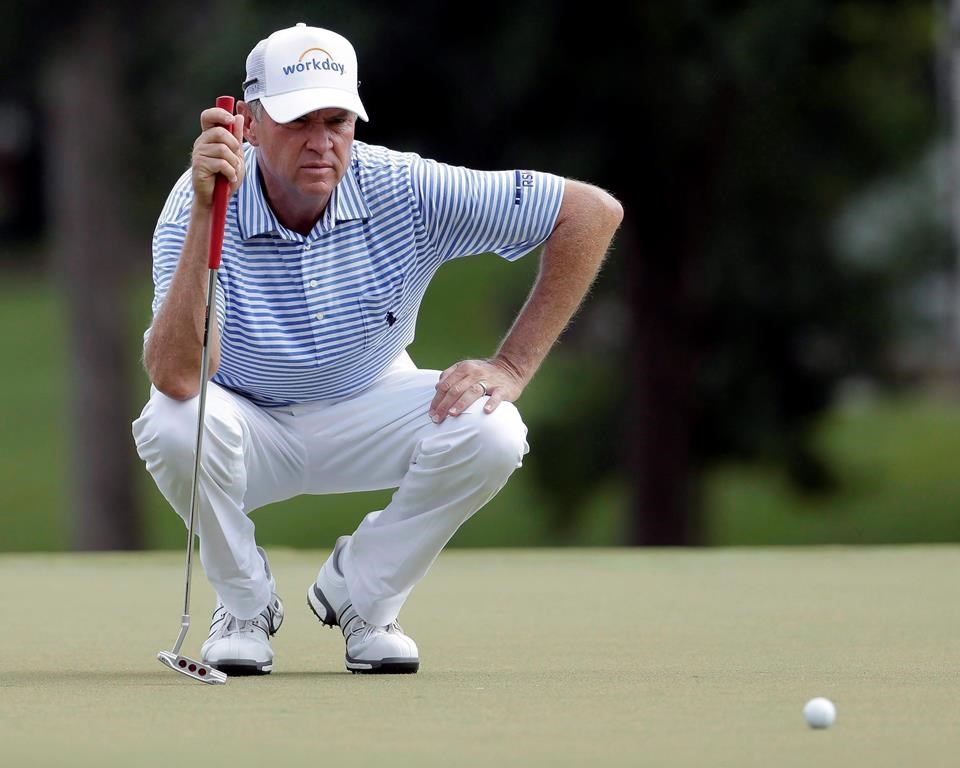 The World Golf Hall of Famer will play in the Canadian tournament for the first time Aug. 27 to Sept. 2 at Canyon Meadows Golf and Country Club. The 54-year-old still plays on the PGA Tour.

“I still enjoy preparing and teeing it up on the regular tour, but I have heard about the success of the Shaw Charity Classic and wanted to be a part of the tournament this year,” Love said Wednesday in a statement from tournament organizers.

Love has 22 victories on the PGA Tour and winning the Wyndham Championship in 2015 made him the third-oldest golfer to win an event. He won the 1997 PGA Championship for his lone major title.

“There is no argument that Davis Love III still has game, so this is a huge win for Calgary,” Shaw Charity Classic executive director Sean Van Kesteren said.

The two-time U.S. Ryder Cup captain (2016 and 2012) will be joined in Calgary by defending champion Scott McCarron and Rocco Mediate, who won the inaugural tournament in 2013.

Organizers say the Shaw Charity Classic has raised more than $22 million in its first five years in support of 182 children’s charities across Alberta.

A fundraising goal of $10 million has been set for this year’s tournament.