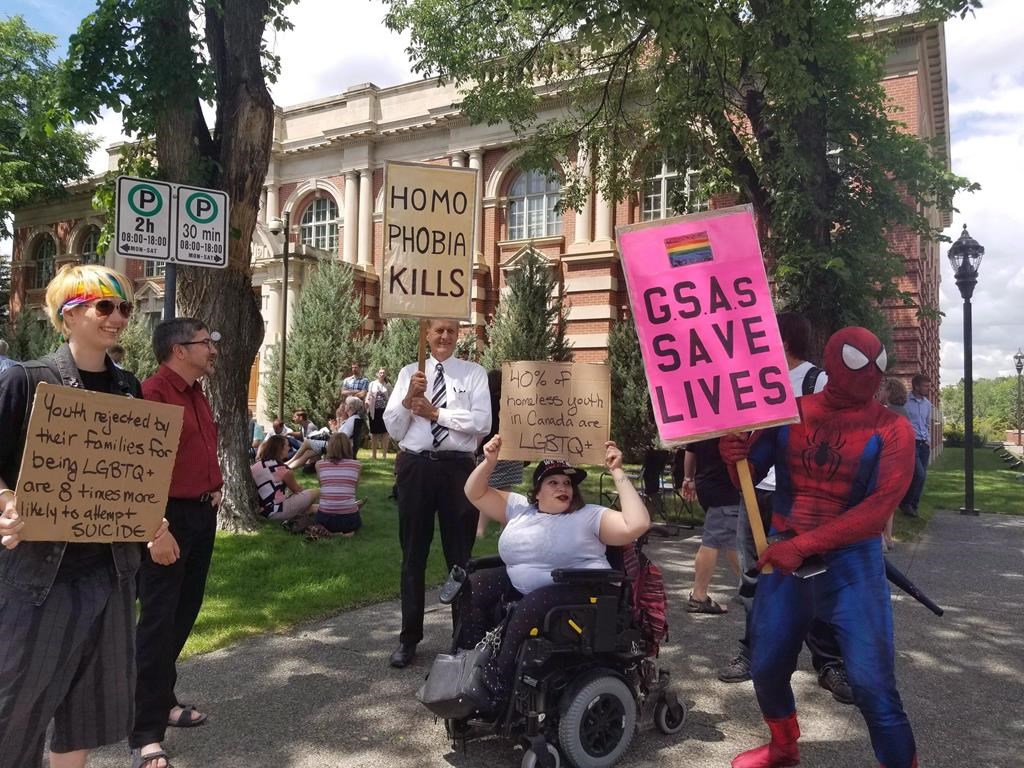 More than a dozen faith-based schools, parents and public interest groups wanted an injunction until a ruling on the law’s constitutionality.

The law would ban schools from informing parents if their child joins a club meant to help prevent bullying or abuse of gay kids.

The lawsuit led by the Justice Centre for Constitutional Freedoms argued keeping parents out the loop violates their charter rights.

But the province and others argued doing so risks outing gay youth to parents who might not be accepting.

Both sides made their case before the Court of Queen’s Bench in Medicine Hat last week.

“The public interest in promoting basic equality for staff and students of institutions supported by public funding would not be served by staying the provisions of (the law,)” Justice Johnna Kubik said in her written decision released Wednesday.

Jay Cameron, who represented the justice centre, had argued the schools should get an exemption from the law so they don’t risk losing their funding if they refuse to outline how they’re complying with it by month’s end.